This hit the interwebs today 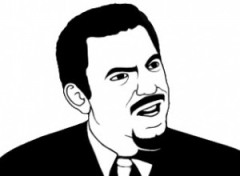 Now, this is not the first time Bill O’Reilly and Dave Silverman have met up to create fireworks.  Remember the tides thing?  I do not know how much of Bill O’Reilly’s on-air personality is an act, or if he really believes what he says in segments such as these, but the things he says are believed by many people, perhaps (in some cases) because Bill O’Reilly says them.

So, O’Reilly claims that Christianity is not a religion, but is a philosophy instead.  This is no different than the dozens of times I have heard Christians claim that their relationship with Jesus/God is not a religion, because religion is man-man and this is the truth.

Let’s start by granting that mere philosophical symbols and ideas are fair to display in government space.  Much of what the Framers of the Constitution were doing, after all, is political and moral philosophy.  Go to the Jefferson memorial and read the walls; that’s  philosophy.  Seeing images and carvings of Plato, Aristotle, or even religious and historically significant characters (such as Moses or Hammurabi) on government buildings is commonplace, because these figures play a part in our culture’s history—but so does religion, right? So what’s the difference?

OK, so let’s consider a non-Christian ideology such as Buddhism, which is fundamentally philosophical in many respects but also has many of the characteristics of a religion, especially where it is mythologized and supernatural components are included.  Would an image of the Buddha, with some quotes from his attributed sayings, be fair game on government property? More relevant here, would Bill O’Reilly have an issue with such displays?

I do not knows what O’Reilly would think here, but my guess is he would be OK with it so long as it does not get in the way of his traditions.  So long as Buddhists were not trying to usurp his holiday traditions, I don’t think he’d care.  But should secular-minded people care? Should I care?

This is tricky, because the distinction between philosophy and religion is thin in many traditions, Buddhism included.  I would say that insofar as any message on government property is not giving privileged or unequal support for any of the mythological, ritualistic, and supernatural aspects of any philosophy or religion, then there is no problem from a secularist’s point of view.  That is, so long as Buddhisms presence in such spaces leans towards its philosophical roots, and not its specifically religious traditions, then I don’t think there is an issue.

But we’ll worry about that when Buddhists start becoming anything near a majority.  So, probably never.

Unlike Buddhism, however, Christianity is clearly a religion.  Yes, it contains elements of philosophy, but I am not sure any religious traditions do not include philosophical ideas.  But the essential component to the overwhelming majority of Christian theologies is the relationship between humankind and “God.”  Christianity is not a mere collection of rational concepts or methods about finding what is true, beautiful, or wise, it is a set of metaphysical claims about the nature of the universe which has many traditional rituals, stories, and moral teachings.

The major distinction here is the presence of theology.  Theology is a type of philosophy–the religious kind–and so if a tradition has a theology it is clearly a religion.

To claim that Christianity is a philosophy is to amputate a significant portion of what it does for believers.  Where a thinker such as Plato used logic and dialogue to make propositions and criticisms about ideas, Christianity does this but it does so much more.  To imply that Jesus was just a philosopher is to say he was just a man with mere ideas about the world.  This view removes the divine messages including the metaphysical significance of the (supposed) sacrifice and makes concepts such as eternal life, eternal punishment, or even ultimate meaning impotent.

Wait…does that mean that this segment of his show reveals that Bill O’Reilly does not believe all of the mythological and metaphysical components of Christianity? Does that make O’Reilly some sort of humanist?  Because if he does not think that Christianity is not religious (thus has nothing to do with supernatural claims) then why all the god-talk?

Again, I think this claim that Christianity is a philosophy is part of a set of cultural/apologetic moves to distinguish Christianity from mere religion.  It usually takes the form of “I have a relationship with Jesus/God, and religion is a man-made lie!” In this case, O’Reilly seems to be doing something similar.  “Christianity,” he might say, “is not a man-made mere religion, it is the true philosophy given to us by god.”  Well, if so, Papa Bear, then that makes it a religion.

I don’t think Bill O’Reilly has thought this through, so let’s consider him appropriately pwned.